Bankruptcy has its own language. Here is a brief definition of some of those terms used in this site and in the Bankruptcy Code. This is by no means intended as a comprehensive or complete listing. However, we hope what is included may resolve, and clarify, some of the more common but still complex questions.

Automatic stay: The injunction issued automatically upon the filing of a bankruptcy case which prohibits collection actions against the debtor, the debtor’s property or the property of the estate.

Avoidance: The Bankruptcy Code permits the debtor to eliminate (avoid) certain kinds of liens that interfere with (or impair) an exemption claimed in the bankruptcy. Most judgment liens that have attached to the debtor’s home can be avoided if the total of the liens (mortgages, judgment liens and statutory liens) is greater than the value of the property in which the exemption is claimed. This is sometimes called “lien stripping.”

Avoidance powers: Rights given to the bankruptcy trustee or the debtor in possession to recover certain transfers of property such as preferences or fraudulent transfers. Or to void liens created before the commencement of a bankruptcy case.

Bankruptcy Code: Title 11 of the United States Code governs bankruptcy proceedings. Bankruptcy is a matter of federal law and is, with the exception of exemptions, the same in every state. When federal bankruptcy law conflicts with state law, federal law controls.
Bankruptcy estate: The estate is all of the legal and equitable interests of the debtor as of the commencement of the case. From the estate, an individual debtor can claim certain property exempt; the balance of the estate is liquidated in a Chapter 7 to pay the administrative costs of the proceeding and the claims of creditors according to their priority.

Chapter 7: The most common form of bankruptcy, a Chapter 7 case, is a liquidation proceeding, available to individuals, married couples partnerships and corporations.

Chapter 11: A reorganization proceeding in which the debtor may continue in business or in possession of its property as a fiduciary. A confirmed Chapter 11 plan provides for the manner in which the claims of creditors will be paid in whole or in part by the debtor.

Chapter 12: A simplified reorganization plan for family farmers whose debts fall within certain limits. Chapter 12 was not renewed when it expired this session of Congress.

Chapter 13: A repayment plan for individuals with debts falling below statutory levels which provides for repayment of some or all of the debts out of future income over 3 to 5 years.
Collateral: The property which is subject to a lien. A creditor with rights in collateral is a secured creditor and has additional protections in the Bankruptcy Code for the claim secured by collateral. The measure of the secured claim is the value of the collateral available to secure the claim: it is possible to have a lien on property that is subject to a senior lien or liens such that the security available to pay the claim is really without value to the junior creditor. The general rule with respect to liens is “First in time, first in right.”

Confirmation: The court order which makes the terms of the plan for repayment of debts in a Chapter 11, 12 or 13 binding. The terms of the confirmed plan replace the pre-petition rights of the debtor and creditor.
Conversion: Cases under the Code may be converted from one chapter to another chapter. For example; a Chapter 7 case may be converted to a case under Chapter 13 if the debtor is eligible for Chapter 13. Even though the chapter of the Code which governs it changes, it remains the same case as originally filed.

Creditor: The person or organization to whom the debtor owes money or has some other form of legal obligation.
Debtor: The debtor is the entity (person, partnership or corporation) who is liable for debts, and who is the subject of a bankruptcy case.

Debtor in Possession: In a Chapter 11 case, the debtor usually remains in p ossession of its assets and assumes the duties of a trustee. The debtor in possession is a fiduciary for the creditors of the estate, and owes them the highest duty of care and loyalty.

Denial of discharge: Penalty for debtor misconduct with respect to the bankruptcy case or creditors as a whole. The grounds on which the debtor’s discharge may be denied are found in 11 U.S.C. 727. When the debtor’s discharge is denied, the debts that could have been discharged in that case cannot be discharged in any subsequent bankruptcy. The administration of the case, the liquidation of assets and the recovery of avoidable transfers, continues for the benefit of creditors.

Discharge: The legal elimination of debt through a bankruptcy case. When a debt is discharged, it is no longer legally enforceable against the debtor, though any lien which secures the debt may survive the bankruptcy case.

Dismissal: The termination of the case without either the entry of a discharge or a denial of discharge; after a case is dismissed, the debtor and the creditors have the same rights as they had before the bankruptcy case was commenced.

Exempt: Property that is exempt is removed from the bankruptcy estate and is not available to pay the claims of creditors. The debtor selects the property to be exempted from the statutory lists of exemptions available under the law of his state. The debtor gets to keep exempt property for use in making a fresh start after bankruptcy.

Exemptions: Exemptions are lists of the kinds and values of property that is legally beyond the reach of creditors or the bankruptcy trustee. What property may be exempted is determined by state and federal statutes, and varies from state to state.

Fiduciary: One who is entrusted with duties on behalf of another. The law requires the highest level of good faith, loyalty and diligence of a fiduciary, higher than the common duty of care that we all owe one another. The debtor in possession in a Chapter 11 is a fiduciary for the creditors, owing loyalty to the creditors and not the shareholders of the debtor.

General, unsecured claim: Creditor’s claim without a priority for payment for which the creditor holds no security (or collateral). If the available funds in the estate extend to payment of unsecured claims, the claims are paid in proportion to the size of the claim relative to the total of claims in the class of unsecured claims.

Liquidated: A debt that is for a known number of dollars is liquidated. An unliquidated debt is one where the debtor has liability, but the exact monetary measure of that liability is unknown. Tort claims are usually unliquidated until a trial fixes the amount of the liability of the tort feasor.
Non dischargeable: A debt that cannot be eliminated in bankruptcy. Non dischargeable debts remain legally enforceable despite the bankruptcy discharge.

Perfection: When a secured creditor has taken the required steps to perfect his lien, the lien is senior to any liens that arise after perfection. A mortgage is perfected by recording it with the county recorder; a lien in personal property is perfected by filing a financing statement with the secretary of state. An unperfected lien is valid between the debtor and the secured creditor, but may be behind liens created later in time, but perfected earlier than the lien in question. An unperfected lien can be avoided by the trustee.

Petition: The document that initiates a bankruptcy case. The filing of the petition constitutes an order for relief and institutes the automatic stay. Events are frequently described as “prepetition”, happening before the bankruptcy petition was filed, and “post petition”, after the bankruptcy.

Preference: A transfer to a creditor in payment of an existing debt made within certain time periods before the commencement of the case. Preferences may be recovered by the trustee for the benefit of all creditors of the estate.

Priority claims: Certain debts, such as unpaid wages, spousal or child support, and taxes are elevated in the payment hierarchy under the Code. Priority claims must be paid in full before general unsecured claims are paid.
Proof of claim: The form filed with the court establishing the creditor’s claim against the debtor.

Reaffirm: The debtor can chose to reaffirm debts that would otherwise be discharged by the bankruptcy. Generally, when a debt is reaffirmed, the parties to the reaffirmed debt have the same rights and liabilities that each had prior to the bankruptcy filing: the debtor is obligated to pay and the creditor can sue or repossess if the debtor doesn’t pay.

Relief from stay: A creditor can ask the judge to lift the automatic stay and permit some action against the debtor or the property of the estate. If the motion is granted, the moving party (but no one else) is free to take whatever action the court permits. Relief can be absolute, for example, permitting the creditor to foreclose on property, or limited, as for example, allowing the recordation of a notice of default.

Schedules: The debtor must file the required lists of assets and liabilities to commence a bankruptcy case, collectively called the Schedules.

Secured debt: A claim secured by a lien in the debtor’s property by reason of the debtor’s agreement or an involuntary lien such as a judgment or tax lien. The creditor’s claim may be divided into a secured claim, to the extent of the value of the collateral, and an unsecured claim equal to the remainder of the total debt. Generally a secured claim must be perfected under applicable state law to be treated as a secured claim in the bankruptcy.

Trustee: the court appoints a Trustee in every Chapter 7 and Chapter 13 case to review the debtor’s schedules and represent the interests of the creditors in the bankruptcy case. The role of the Trustee is different under the different chapters.

Unsecured: A claim or debt is unsecured if there is no collateral that is security for the debt. Most consumer debts are unsecured. 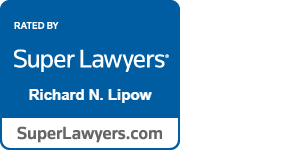 From my very first phone conversation with Richard I was impressed with his flexibility in scheduling and willingness to help. I find his style extremely professional and reliable. He is easy to communicate with and made every attempt to make the process as painless as possible.He provided me with the necessary documents, informed me of…